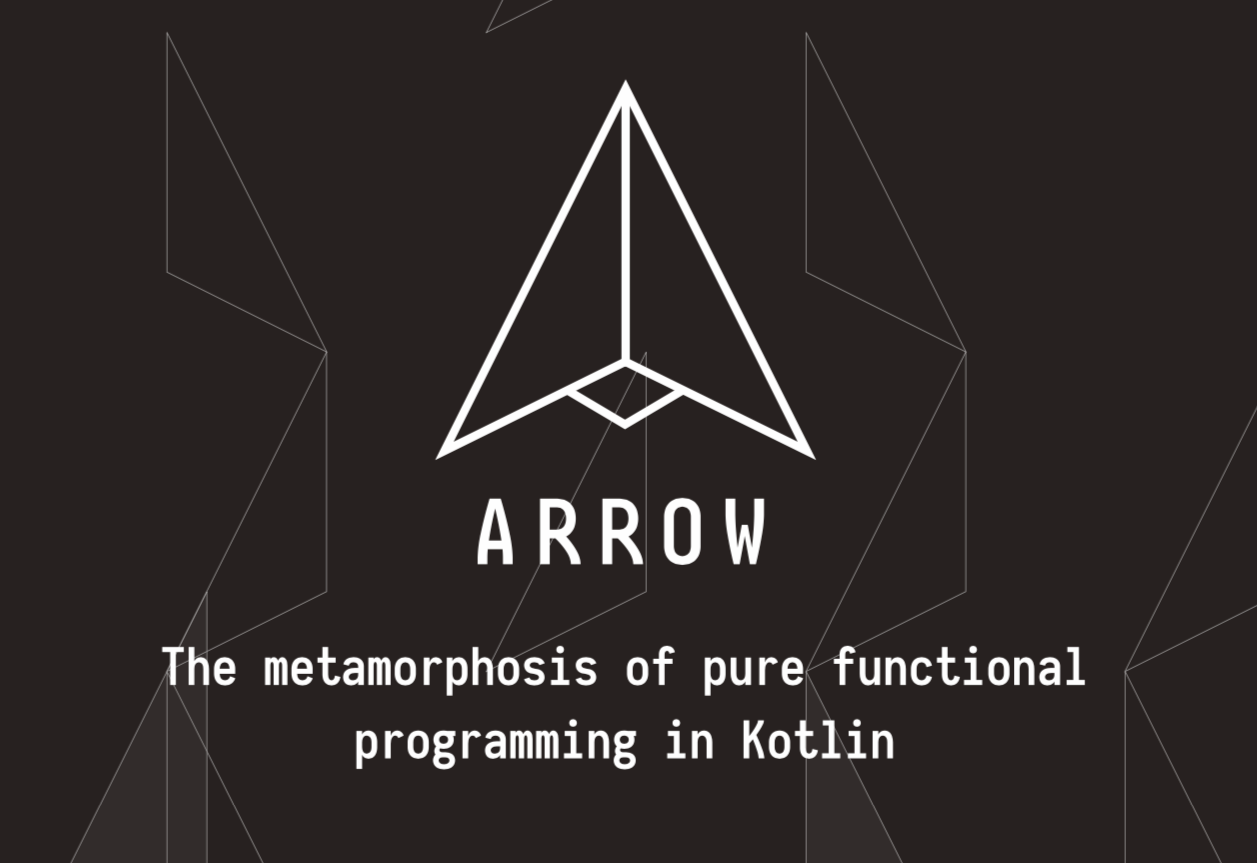 The latest Arrow release includes some new and exciting features that bring us another step closer to 1.0 with Arrow Meta on the horizon. If you’re new to Arrow, it’s an open-source library that’s packed with data types and type classes that empower pure functional programming in Kotlin.

Arrow’s goal is to offer a public API consisting of only pure functions. Therefore, we mark side-effects with suspend or we wrap them into an effectful type such as IO.

Try can never yield pure functions since it’s eager and executes the effects on construction; it can only be made pure by marking it as suspend. Since Try<A> is isomorphic to Either<Throwable, A>, we can deprecate Try and replace its constructor for a smart constructor for Either.

The Fx typeclass has been removed from Arrow and its functionality is now merged into the typeclass hierarchy. If you were using Fx for concrete data types like IO, Option, Either, etc. you can now do so by calling the fx function on their companion objects.

To use fx within the typeclass hierarchy ,you can call the property fx and then the named DSL for the syntax you want enabled:

The following DSLs are available:

Note that bindingCancelable was removed because it belongs to the typeclass ConcurrentEffect, which is still a work in progress.

With the upcoming release of Arrow Meta, this could be further cleaned up!

Effect types can now interoperate with suspend and you can go back and forth between IO, Single, Mono, etc. and suspend using suspended() and effect. effect already exists in the typeclass hierarchy, and a typeclass for suspended will soon be included in Arrow Fx.

Arrow v.0.10.3 includes a bunch of powerful new concurrency operators such as parTraverse, parSequence, and sleep.

For a full list of changes and features in 0.10.3 please visit the official changelog.

For a full list of the contributors who have helped Arrow get to where it is today, please check out: Arrow Contributors. We’re always looking for additional help, please view the guidelines for contributing and take a look at the help-wanted issues. All levels are welcome and we offer 1:1 mentoring through Arrow’s Slack and Gitter channels.

The active development of Arrow is proudly sponsored by 47 Degrees, a Functional Programming consultancy with a focus on the Scala, Kotlin, Haskell, and Swift programming languages.