The Scala Center hosted their quarterly Advisory Board meeting on August 9th and released the minutes this week in an effort to remain transparent.

They began by reviewing activities since the first meeting at Scala Days NYC which included the hiring of four engineers, the Coursera MOOCs, ScalaDex, and the new SIP process. Currently, the Center is focusing on the Spark MOOC, the SLIP process, Scala.js integration for front-end, code rewriting for Dotty, and a new “Scala platform”.

They also covered the Scala license, ScalaBridge, and the presentation compiler support for Scala macros and Dotty.

Two proposals were brought to the table, and both were adopted:

As it sits now, the Center only has one representative from the community, Bill Venners. It’s crucial for the community to be involved and representative so additional seats were discussed and agreed upon. We can’t say who might be asked at this point in time, but the goal is to have at least one more seat filled before the Q4 meeting.

In addition to Venners, 47 Degrees’ CTO Raul Raja was present for the meeting along with board members from Verizon, Nitro, IBM, EPFL, and Lightbend. New representatives from SAP, Twitter, and Tapad also joined the Center’s board.

In continuing with their mission to focus on education, it was announced that Lambda World will be one of the first places to hold a Scala Ecosystem Hackathon! The goal is to have library authors help new contributors through their first Pull Request in person. We’ll be announcing more about this later, but that doesn’t mean you can’t book your tickets now.

You can read the minutes courtesy of Seth Tisue here: Minutes of the 2nd meeting of the Scala Center, Q3, 2016.

There’s a new version of Cats in town. The seventh release of the famed library focuses on a couple of major rearrangements and changes to names.

I highly recommend checking out the rest of the changelog for to see all the other additions, name changes, and bug fixes: Cats 0.7.0.

On a meowther note, stay tuned because you’ll soon be able to grab one of those Typelevel Cats shirts you’ve been seeing around! 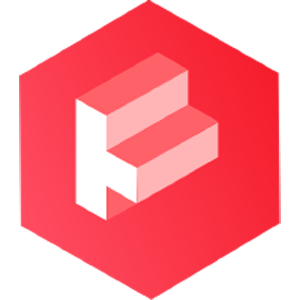 The Typelevel fork of the Scala compiler has been rebooted according to an announcement made by the organization on Friday.

The goal with the Typelevel fork is to provide early access to bug fixes and enhancements for those who dabble heavily in type classes.

Currently, some of the additional features Typelevel’s fork includes are:

So what makes the cut? The additions must be submitted in a PR to Lightbend Scala first and must have realistic potential to be merged into the language in the future.

This fork is binary compatible with Lightbend Scala and currently is available as a drop-in replacement for Scala 2.11.8.

You can view the full announcement here: Typelevel Scala Rebooted.

Hot on the heels of 2.5.5, the latest release of Play Framework features just a few changes:

That’s all of them! So, unless you really feel the need to, you don’t need to click on this next link: Play 2.5.6 Changelog

The functional programming community has no shortage of excellent conferences, talks, and articles. Here are just a few that were recently released that we recommend checking out if you missed them the first time:

“Strongly typed actor interactions have been my goal for a long time. This presentation gives an overview of the basic principles as well as the planned feature set—in particular in the context of modeling complex distributed systems with as much compiler support as we can muster. In the second part we will take a look at the emerging new implementation for the akka-typed package, highlighting the simplifications in semantics and underlying mechanics as compared to the untyped Akka implementation.”

The Scalawags crew discusses some of the latest development in the Scala community, their

“Konrad Malawski joins the show today to discuss Akka and reactive streams. Reactive streams is an initiative to provide a standard for asynchronous stream processing. This show goes deep into modern concurrent programming and is a great companion to some of the shows we have done about reactive programming.”

You can listen to the podcast here