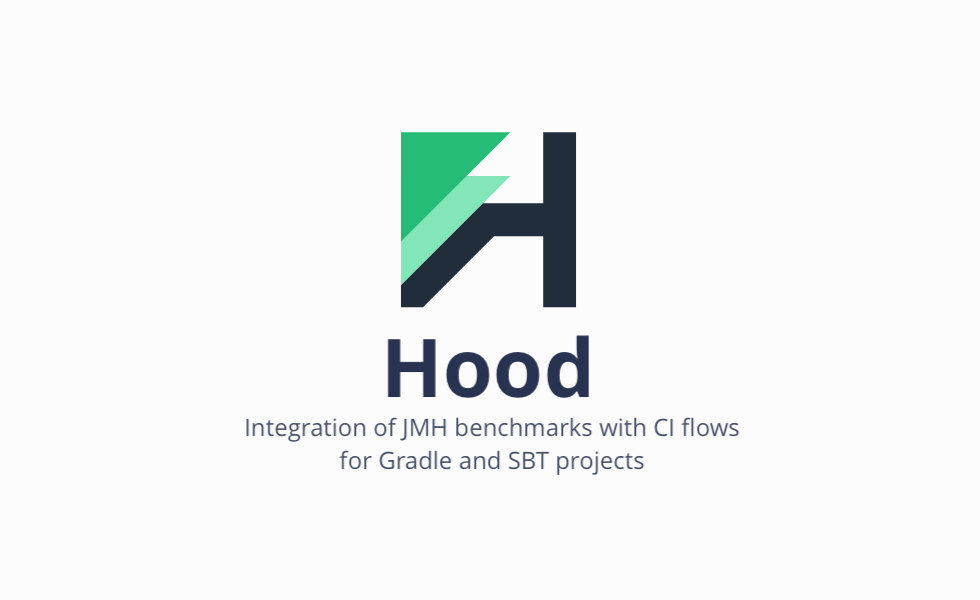 Announcing the release of Hood and sbt-hood

Hood and sbt-hood are plugins available for Gradle and sbt that allow developers to integrate JMH benchmarks with their CI flow. Many organizations are used to set restrictions in their CI systems so that broken builds or even bad formatted code can block a PR until those issues are fixed. Hood and sbt-hood allow you to do the same based on your own code benchmarks, thus avoiding merging code to your repositories if it brings performance down below an specific threshold.

Hood and sbt-hood behave as any other Gradle/sbt plugin. In order to set it up under sbt, include an entry in your plugins.sbt for it as follows (be sure to use the latest version number for the plugin):

If you’re using Gradle, include the following in your build.gradle file (be sure to use the latest version number for the plugin):

After that, the plugin exposes a set of settings. The basic ones are as follows:

Finally, the plugin exposes a task to compare your set of benchmarks and output results to the console:

In the following output, you’ll see the different benchmark keys, current and previous filenames and values, and the comparison result based on the configured threshold, like the following:

One of the main values you can get from these plugins is the integration you can achieve with your repositories. By enabling some additional settings in your build.sbt or build.gradle files, Hood and sbt-hood can talk to your repositories so that your CI flow can check the current state of your code and block a PR that contains benchmarks that decrease the performance of your applications below what you deem acceptable. These settings are as follows:

With those set, your CI flow can just execute the following task:

This task will execute the compareBenchmarks command (outputting the results to your console log), and then will use GitHub API to submit a comment in the specified PR containing the same comparisons results. It will also flag the PR as unmergeable if any of the comparisons results in an error.

Hood and sbt-hood also allow you to save benchmark reports as separate files (to be used in visualization apps like Robeen or JMH Visualizer) and upload them to your repository so you can keep track of your code progress.

You can configure Hood and sbt-hood to generate a report of each benchmark comparison, by just configuring the following settings:

Uploading benchmark reports to your repositories

If you want to keep track of your benchmark reports, the best way is to ask Hood and sbt-hood to upload them to your repositories. In order to do that, you just need to select the settings already discussed under the CI integration section, together with the following:

Then just execute the following task to upload your reports:

Hood and sbt-hood help fill a gap that can be found in many organizations: keeping code benchmarks as a main priority along with code test coverage or code formatting. By customizing these plugins to your project needs, you can detect issues in the performance of your Gradle or SBT based applications and act accordingly before these are merged in your codebase.

Remember to check out both plugins’ websites in order to keep up to date with the latest updates and more thorough documentation.

Hood and sbt-hood are proudly sponsored by 47 Degrees, a Functional Programming consultancy with a focus on the Scala, Kotlin, Swift, and Haskell Programming languages supporting the active development of both plugins.