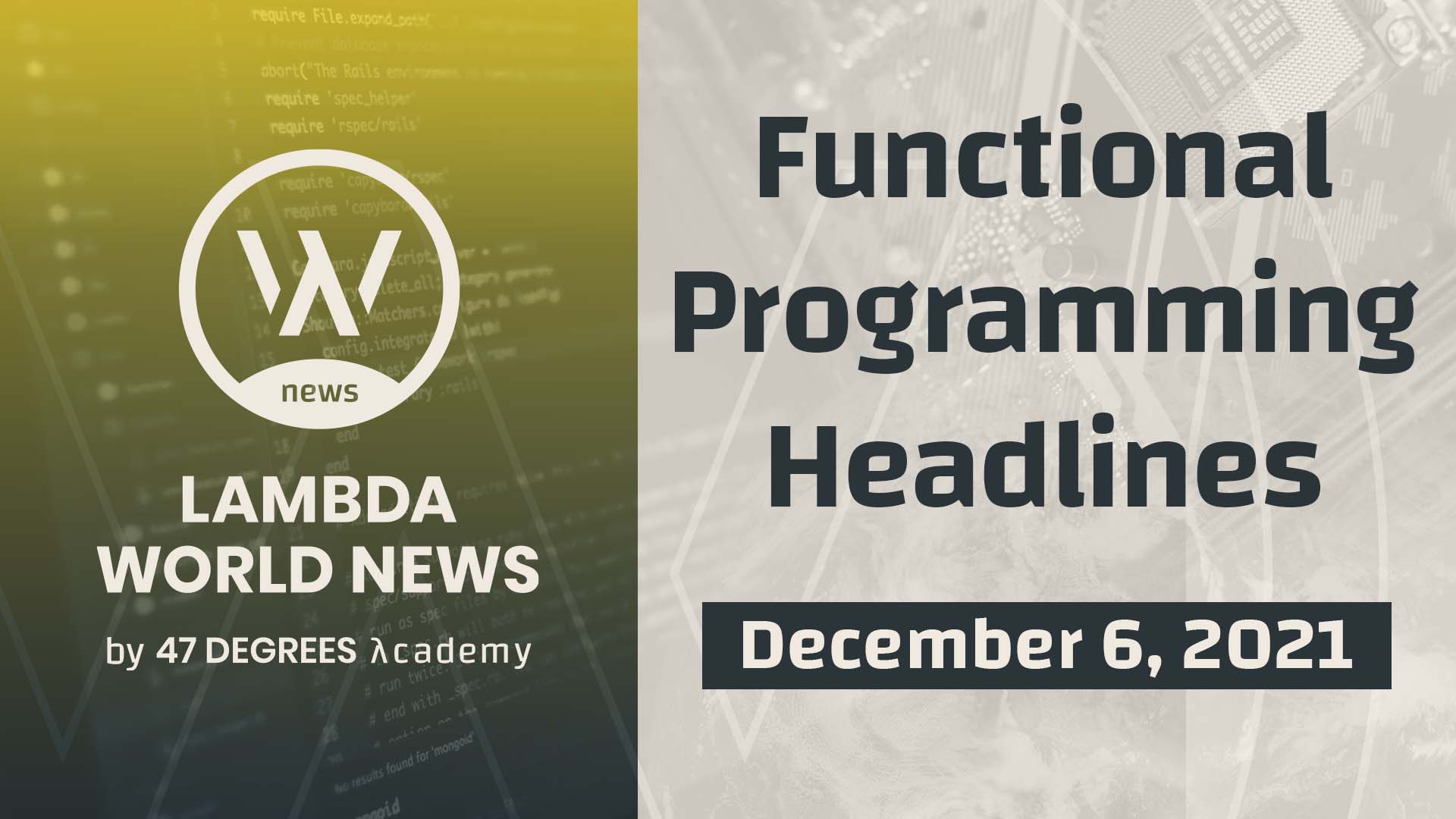 Elixir v1.13 | The latest version of the Elixir language includes improvements to its primary API, tooling, and more. Read the full release notes here to see what else is new: Elixir v1.13 released

Ktor 1.6.6 | A new version of the Ktor framework for quickly creating connected applications in Kotlin was recently released. See everything new in the changelog here: Changelog 1.6 version

Lambda World News is a web series bringing you the latest news from the Functional Programming community including library releases, suggested reads, upcoming events, and more. Subscribe to the Xebia Functional (formerly 47 Degrees) YouTube channel and turn on notifications so you’re alerted when we publish new episodes.