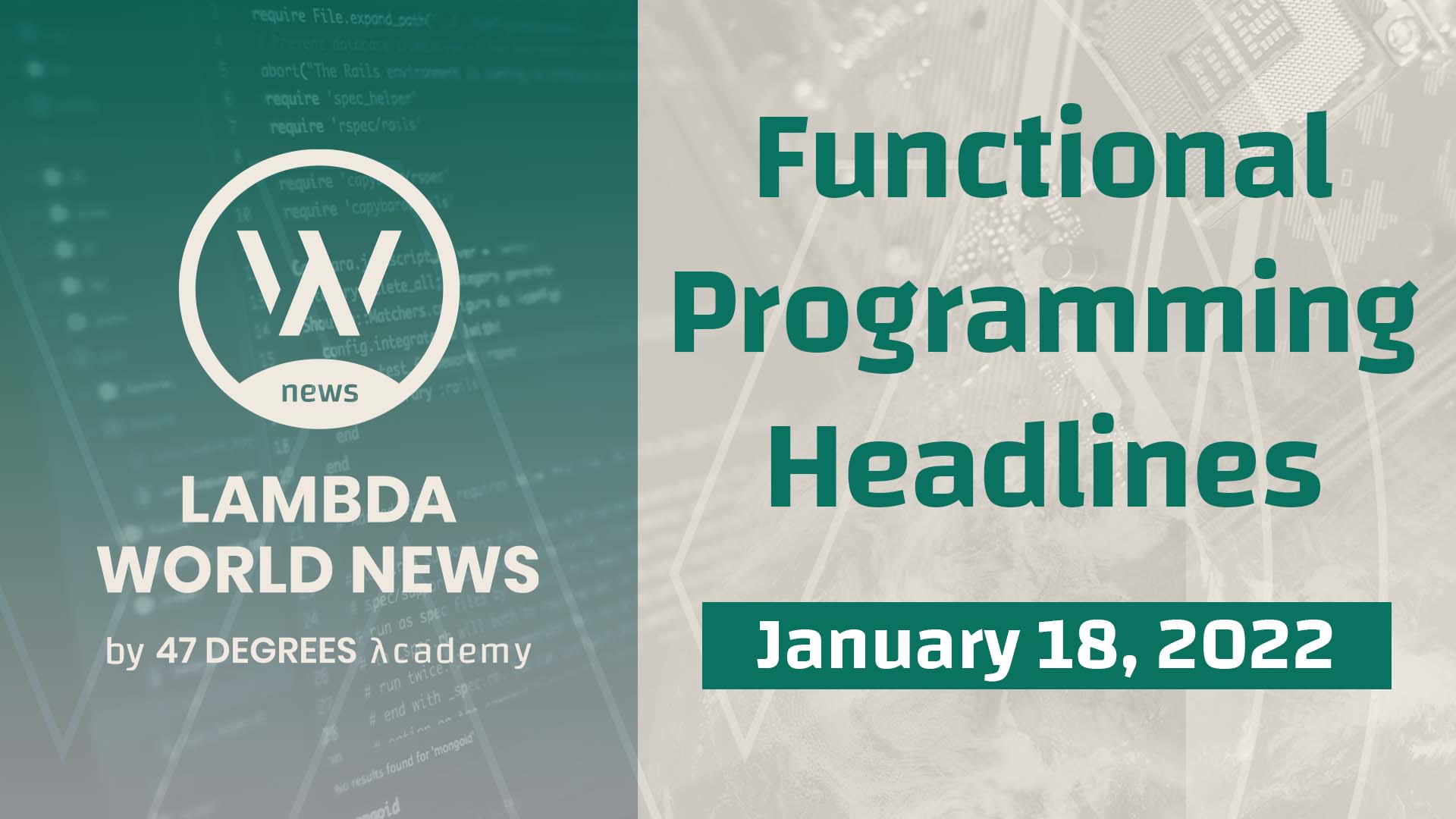 Rust 1.58.0 | Rust 1.58.0 adds captured identifiers in format strings, library stabilizations, and more. See what else is new in the latest version of the Rust programming language here: Announcing Rust 1.58.0

http4k 4.17.9.0 | A new version of http4k adds mapping for enum() in lenses. Check out the changelog to see more about the latest version of this functional toolkit for Kotlin HTTP applications here: http4k 4.17.9.0

Scala 2.13.8 | The Scala team at Lightbend announced the release of Scala 2.13.8, which makes REPL work again on Mac M1, as well as a few other fixes. Read more about this version in the changelog here: Scala 2.13.8