Lambda World News | Functional Programming Headlines for the week of May 3rd, 2021 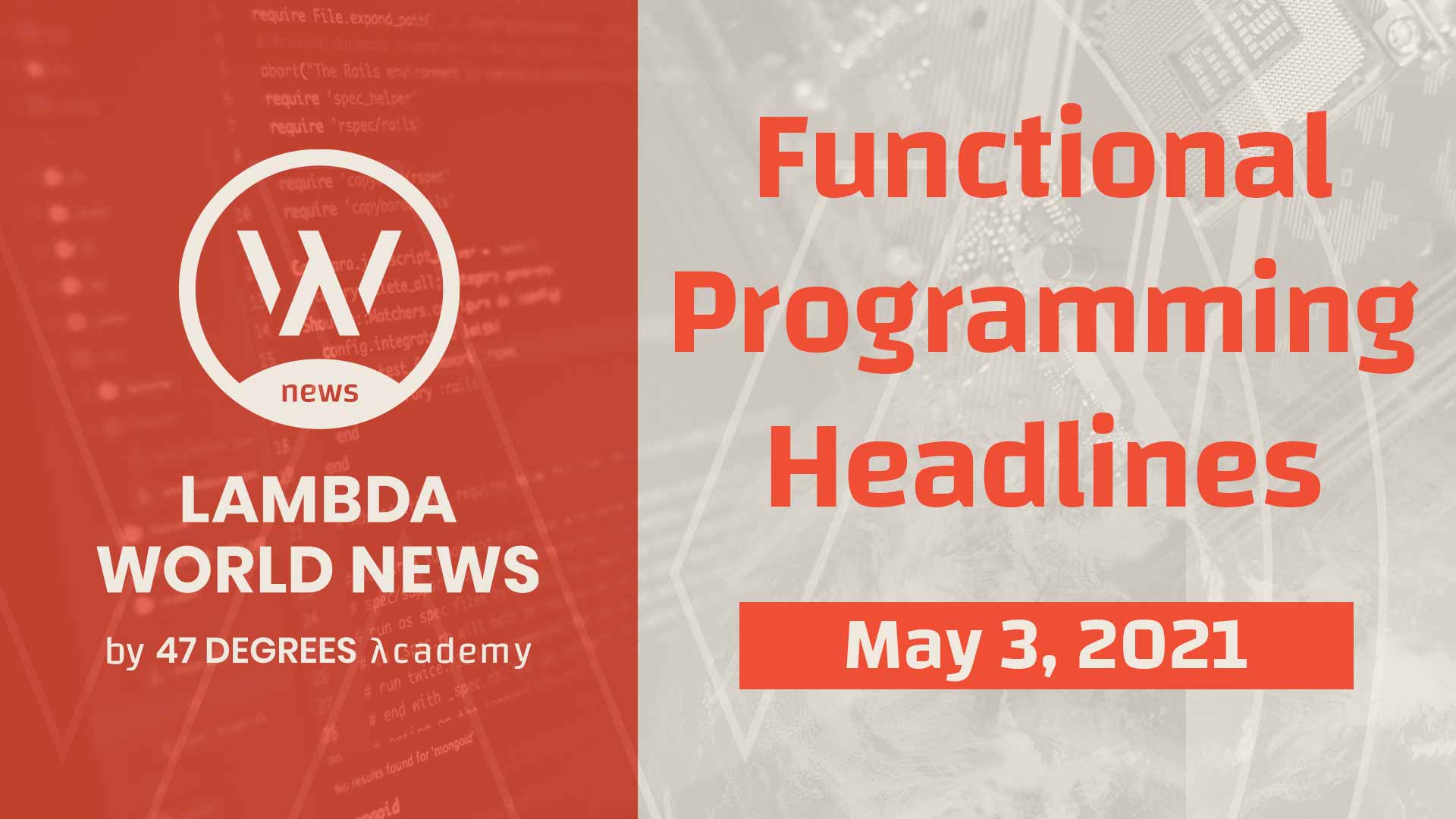 GHC 9.2.1-alpha2 | The second alpha release in the 9.2.1 series of the Glasgow Haskell Compiler was recently released. Read more about it here: GHC 9.2.1-alpha2