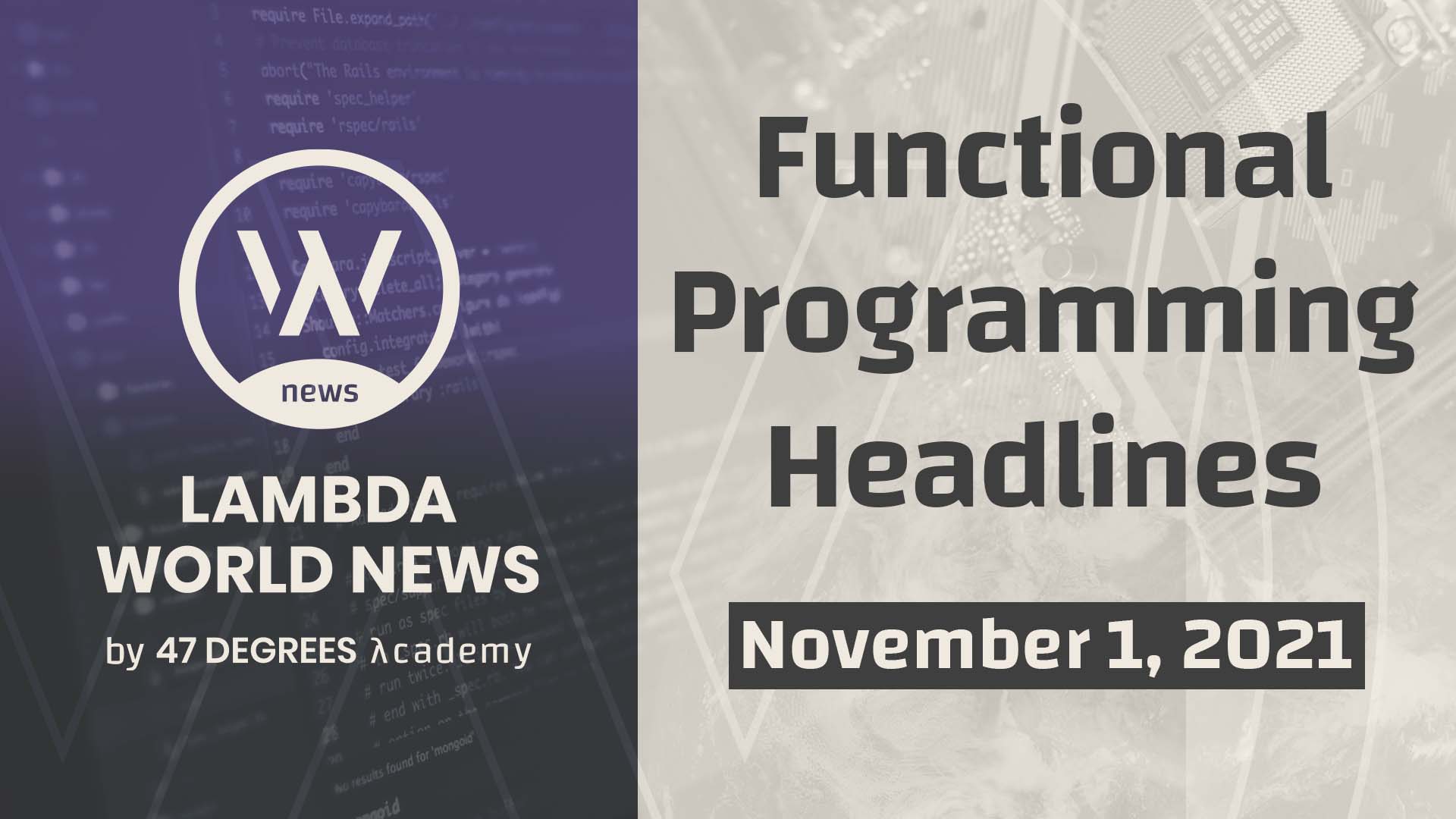 GHC 9.2.1 | The release of GHC 9.2.1 adds lots of new features to this compiler for Haskell including the introduction of the new GHC2021 language extension set. Read more details here: GHC 9.2.1 released

http4k 4.16.2.0 | A new version of http4k is out. The latest release of this functional toolkit for Kotlin HTTP applications upgrades some dependency versions, and features other improvements too. Check out the changelog here: http4k 4.16.2.0

sbt-jacoco 3.4.0 | Version 3.4.0 of sbt-jacoco upgrades underlying JaCoCo to 0.8.7 for JDK 17 support, along with other various upgrades to this sbt plugin for code coverage analysis via JaCoCo. Read the changelog here: sbt-jacoco 3.4.0

Erlang Forums | The Erlang language has a new hub for reading about and discussing all things related to Erlang. Check out the newly launched Erlang Forums here: Erlang Forums

EduTools 2021.10 | The latest release of EduTools, the plugin for JetBrains IDEs based on the IntelliJ Platform, adds new features for the Codeforces and JetBrains Academy integrations, along with other improvements and fixes. Read more about it in this post: EduTools Plugin 2021.10 Is Available