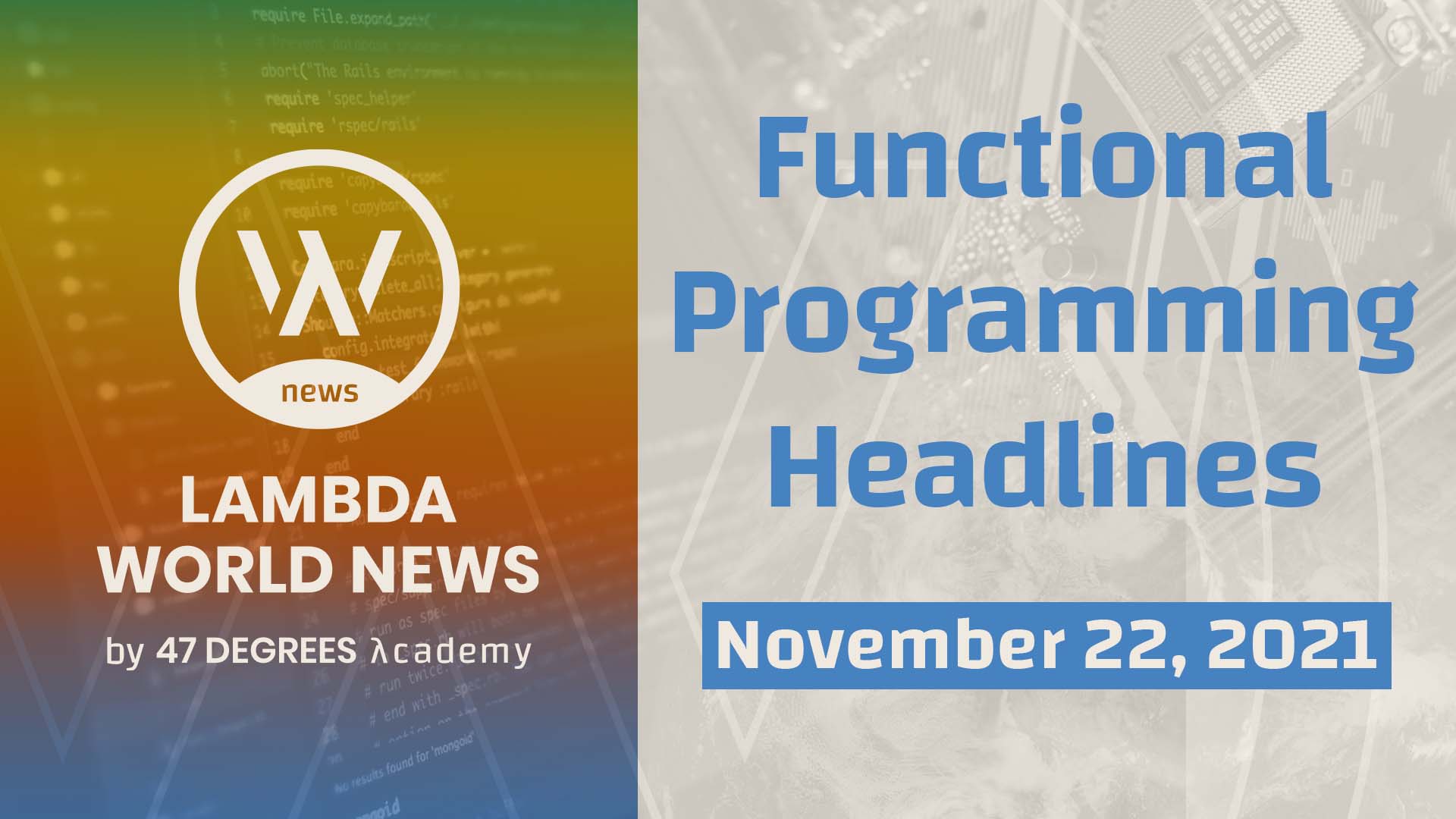 http4k 4.17.0.0 | The latest release of http4k upgrades some dependency versions, including Kotlin to 1.6.0. Read more about the update for this functional toolkit for Kotlin HTTP applications here: http4k 4.17.0.0

Credo 1.6.0 | Credo 1.6.0 was recently released. Read more about the latest version of this static code analysis tool for the Elixir language here: Credo 1.6.0