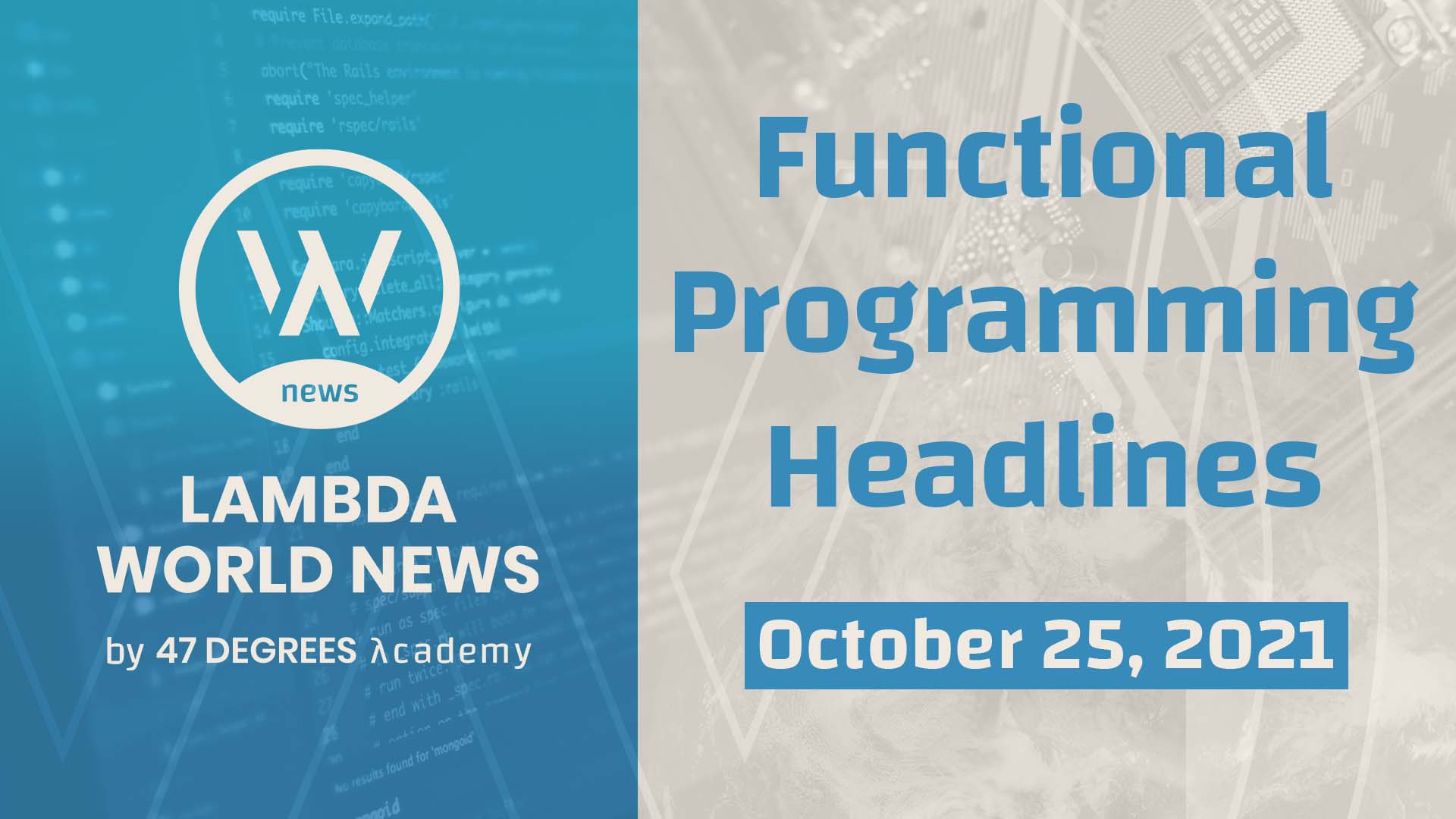 Scala 3.1.0 | Scala 3.1.0 is officially out. This first minor release after 3.0 adds experimental safer exceptions, support for -Wconf and @nowarn, and more. Read all the details here: Scala 3.1.0 Released!

F# 6 | Microsoft just announced the release of F# 6. This update is packed with new features, making the language faster, more uniform, and easier to use. Read all about it in this extensive post: What’s new in F# 6