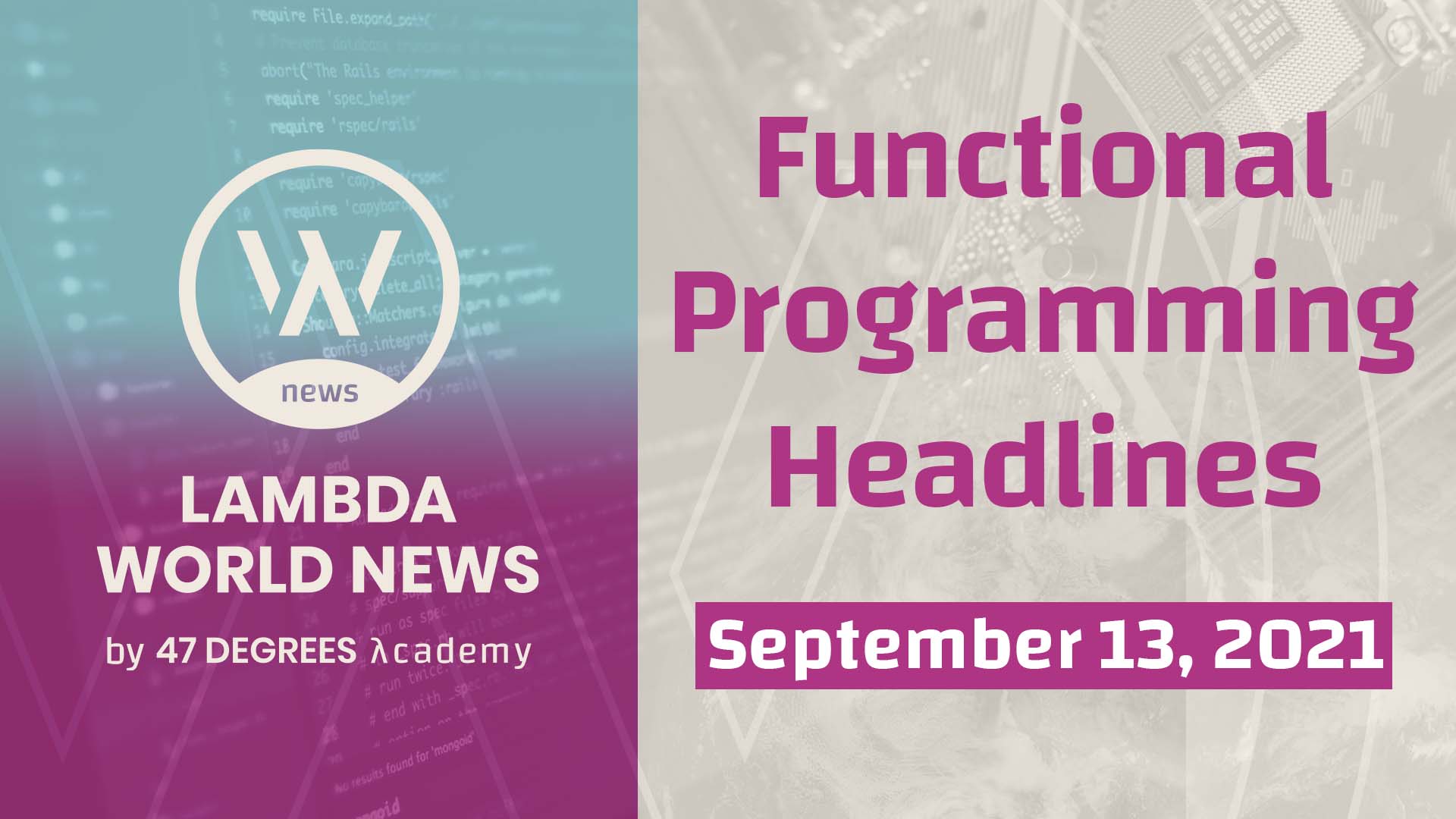 Rust 1.55.0 | A new version of Rust was recently announced. Version 1.55.0 adds new language features and improvements. This release is also dedicated to Anna Harren, a Rust community member who recently passed away after living with cancer. The release announcement is here: Announcing Rust 1.55.0

http4k 4.12.1.0 | A new update to http4k was recently released. Check out the changelog to see what’s new in this functional toolkit for Kotlin HTTP applications: http4k 4.12.1.0