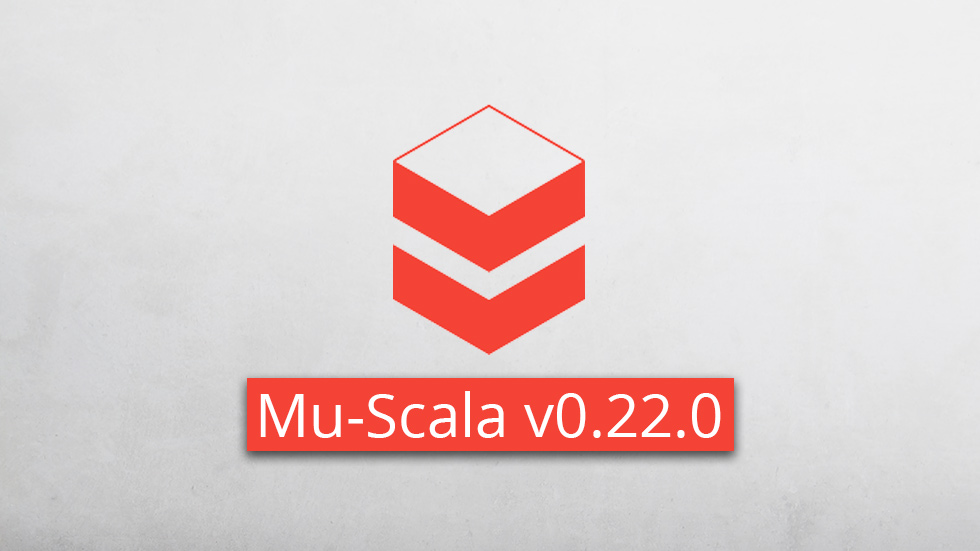 We are pleased to announce the release of Mu-Scala v0.22.0.

The headline feature is support for distributed tracing, thanks to an integration with Rob Norris’s Natchez library.

This release also introduces a few breaking changes, detailed below.

This release of Mu-Scala introduces an integration with Natchez to enable distributed tracing of gRPC calls.

Mu-Scala makes it easy to add tracing to RPC servers and clients.

On the server side, we provide a new MyService.bindTracingService method, corresponding to the existing MyService.bindService. This takes care of extracting the necessary trace information from request headers and setting up the span for you.

On the client side, we provide a few new factory methods such as MyService.tracingClient, corresponding to the existing MyService.client method. This returns a MyService[Kleisli[F, Span[F], *]], i.e. a client which takes the current span as input. The client wil take care of creating a child span for the RPC call and adding the necessary trace information to the request headers.

For more details on how to use this new feature, take a look at the how-to guide on the microsite.

If you want to play with a full working example, try the tracing example in the mu-scala-examples repo.

Since the last release, we have written a suite of tests to verify RPC communication between Mu-Scala clients and Mu-Haskell servers, and vice versa.

Testing two independent implementations against each other like this helped us uncover and fix a number of issues on both sides.

This release includes a number of potentially breaking changes. Let’s look at each one in detail.

The gRPC spec includes support for the server sending a stream of messages in its response, rather than just a single message. For example, here is a definition for a service with a unary method and a server-streaming method:

Mu-Scala supports gRPC streaming, allowing users to choose between FS2 and Monix as their streaming implementation.

In previous versions of Mu-Scala the corresponding service algebra, using FS2, would look like:

In version 0.22.0 and later, however, the algebra looks like this:

Notice how the return type of the second method is now F[Stream[F, MyResponse]].

This change was made for a couple of reasons:

If you are using the sbt-mu-srcgen plugin to generate service definitions in Scala from .proto files, make sure to upgrade the plugin to 0.22.0 at the same time you upgrade Mu. The next time you run the code generation task, it will generate method signatures with the correct return type.

Let’s say you have implemented an interpreter of the service algebra as follows:

You now need to return an F[Stream[F, MyResponse]] instead of a plain Stream. The simplest way to do that is to use pure to lift the result into F:

The same idea applies if you are using Monix Observable as your streaming implementation.

If you are using Monix Observable, you can use flatten:

Mu’s codebase and module structure has grown quite organically over the years. We decided it was time for some spring cleaning, so we’ve refactored the project slightly. We renamed some modules for clarity, and in a few places we’ve combined a number of small, tightly-coupled modules into larger modules.

The only changes that should directly affect users are as follows:

We’ve also slimmed down the project by moving the sbt-mu-srcgen sbt plugin and the examples to their own repositories:

These were added a long time ago to aid migration when we changed the Avro encoding of BigDecimal. We decided enough time has passed to make it safe to remove them.

These annotations were a relic of a previously removed feature involving generation of IDL files from Scala code. These days Mu only supports going the other way: generating service definitions in Scala from IDL files.

The active development of Mu-Scala is proudly sponsored by 47 Degrees, a Functional Programming consultancy with a focus on the Scala, Kotlin, Swift, and Haskell programming languages.