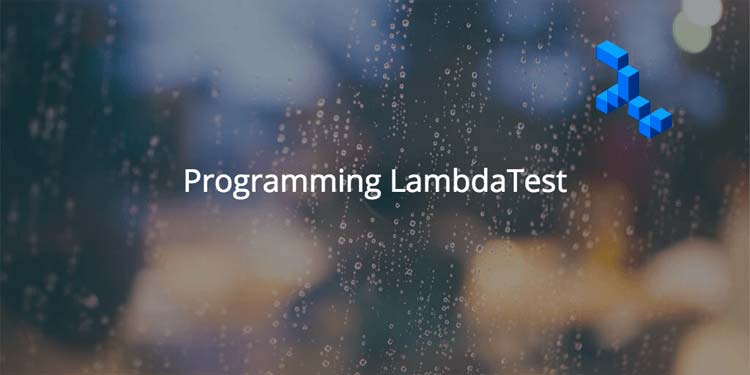 This post examines an important feature of LambdaTest: its programmability. Traditionally, unit tests are long boring sequences of simple tests. We believe that testing is a task for programmers (and one of the most important programming activities). The goal should be to make tests as comprehensive as possible and do it in a highly leveraged way (where a small amount of test code has maximum value). In this post, we look at two of LambdaTest’s programming mechanisms: ScalaCheck and test generation.

LambdaTest was introduced in a previous blog post Introducing LambdaTest. LambdaTest is a new small clean library for testing Scala code developed by 47 Degrees. Tests can be run either via SBT or directly. All code is open source with an Apache 2 license.

View LambdaTest on GitHub or visit the LambaTest microsite for more information.

ScalaCheck is an awesome library for doing automated property-based testing of Scala code. ScalaCheck can be used directly from LambdaTest (assertSC is just another kind of assertion).

Here are a few simple examples of using ScalaCheck inside LambdaTest.

And here is the output from those tests.

These examples only scratch the surface of the programmability of ScalaCheck. You can see these and other more powerful examples in the following excellent blog post: Practical ScalaCheck

LambdaTest has a very simple API that makes test generation very easy. Tests are generated by writing Scala code whose output is a LambdaTest action.

Actions are composed in two ways. First, two Actions can be combined into a single action using the infix + operator. Second, compound actions are actions that can contain other actions. The result is that a test class has an act that is a tree of actions.

Unlike other test systems whose APIs are often a complex tangle of traits and classes, the LambdaTest API is based on the single class LambdaAct. The following two sections contain examples of test generation.

Here, tests are generated based on the elements of a list:

The changeOption action turns off output for any tests that succeed. The body of changeOptions has type List[LambdaAct]. There is an implicit conversion that converts that to LambdaAct. Here is the output:

Here assertions are generated by recursively walking a tree:

Here is the output: