Announcing the release of sbt-microsites v1.0

sbt-microsites is an open source sbt plugin from Xebia Functional, formerly 47 Degrees, that facilitates the creation of fancy microsites for your projects, with minimal tweaks.

We are excited to announce the release of sbt-microsites version 1.0 This release includes a completely redesigned style, which is offered through the use of a new feature: themes. The initial theme is named light, and features clean lines and a minimalistic design. This is the main feature of this new version, but there are many more changes, both small and large, to talk about.

Below, we detail the main aspects of the new light style, for which we have disposed of Bootstrap to use our own CSS styling. 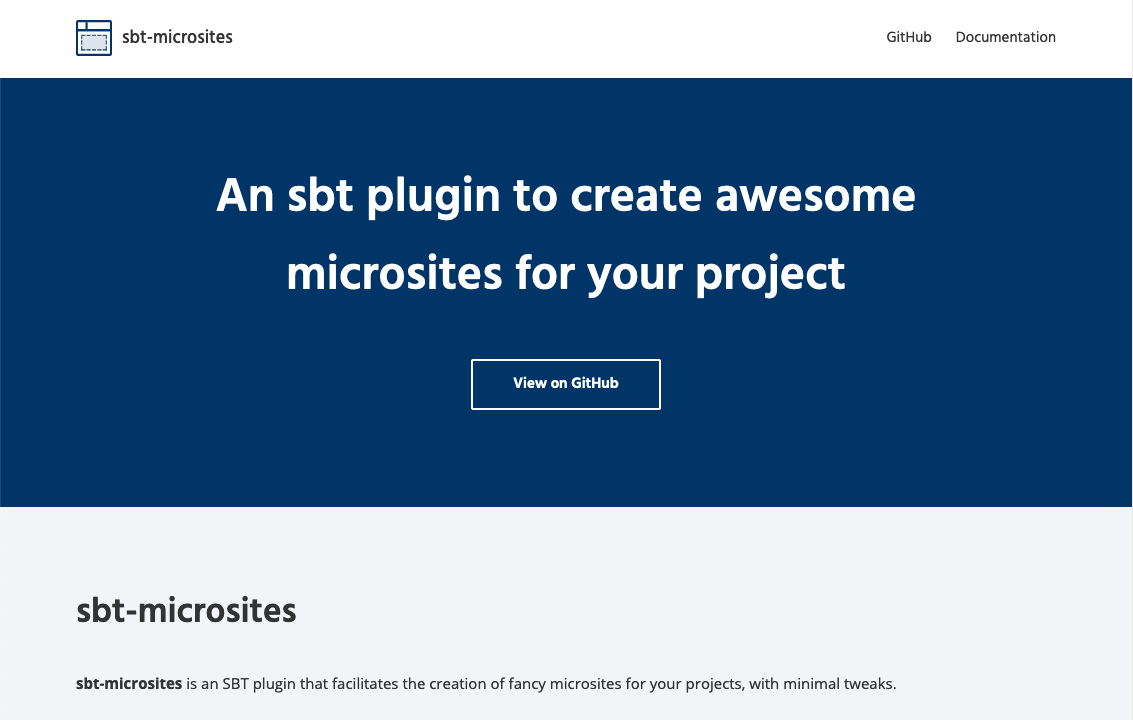 This is the default layout when setting the index.md as layout: home. It is similar to the previous home layout, but the main difference you’ll notice is that we removed the background pattern from the header. The rest of the elements in this layout remain the same, but in a more stylized and attractive way. 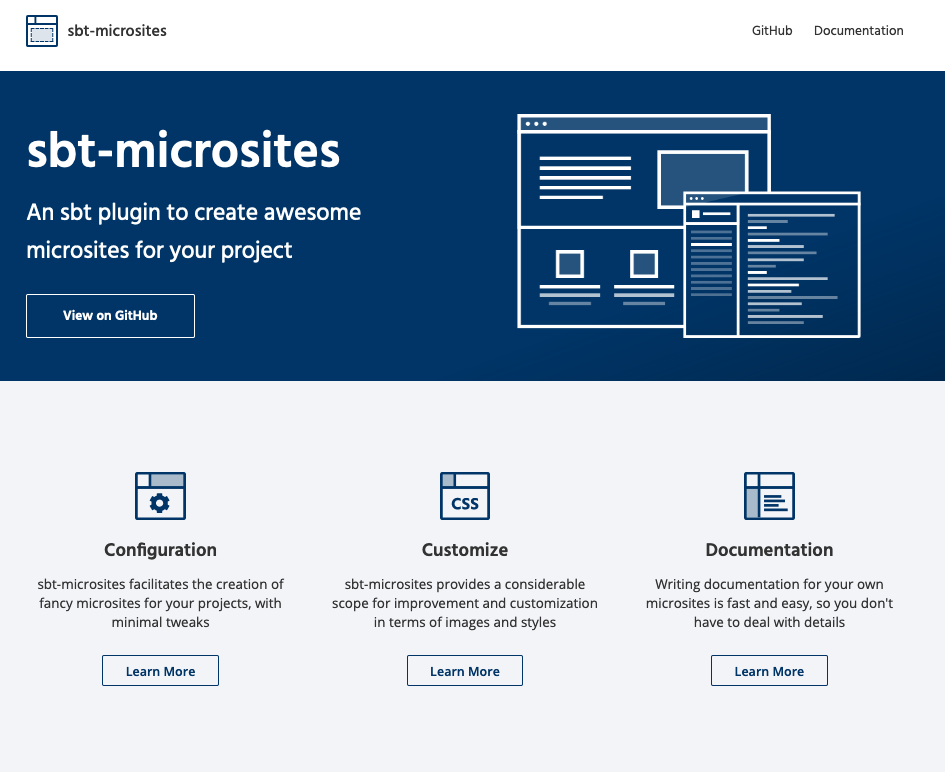 This is a completely new layout for v1.0, and its main characteristic is the features section that is placed after the header, and where the user can highlight three main aspects of a library.

The example below shows how to display this layout:

The features are identified for the set of keys (first, second, third), and you can add the title and a description for any feature in your library. 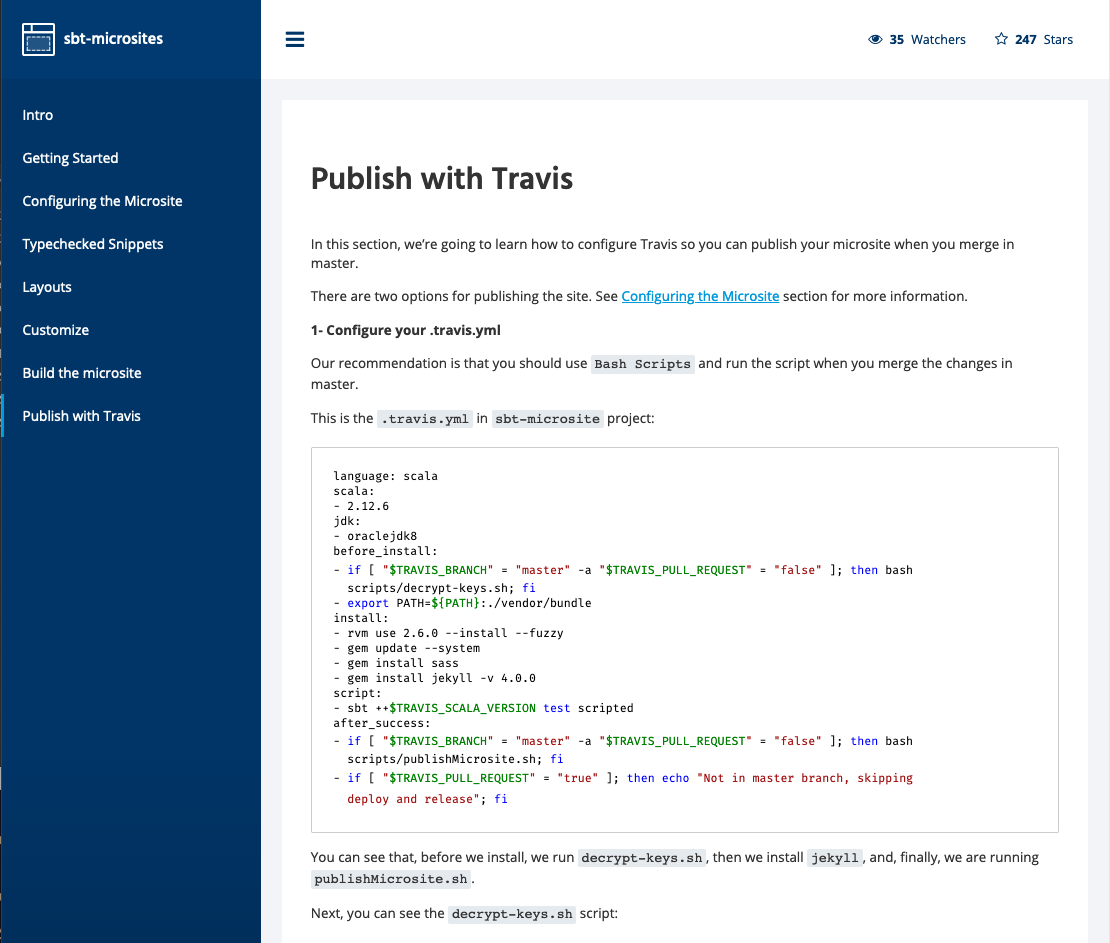 This is the general aspect of the layout for the documentation when using the light style. As you can see, the default theme for the code highlighting has changed to vs, although this is configurable as described in the sbt-microsites customize section.

This is another main feature of this release, as sbt-microsites now offers initial support to build different versions of your library documentation.

To start using this new feature, get a look at the new task makeMultiversionMicrosite. This will go through the new micrositeVersionList setting, where you can set a list of versions you want to build:

And the main microsite will now show you a selector in the following way:

In the future, we are planning to offer support to serve a different specific version as the default one, or include the version selector in the different versioned sites, in addition to the main site.

Another aspect to highlight for this release is that mdoc is now the default markdown code typechecking tool, currently updated to v2.0.3. Because of this, sbt-microsites users who are still using tut in their microsites must follow the steps described here to use mdoc, or adapt your build accordingly in order to keep using tut.

Additionally, you can read more information on this project here: