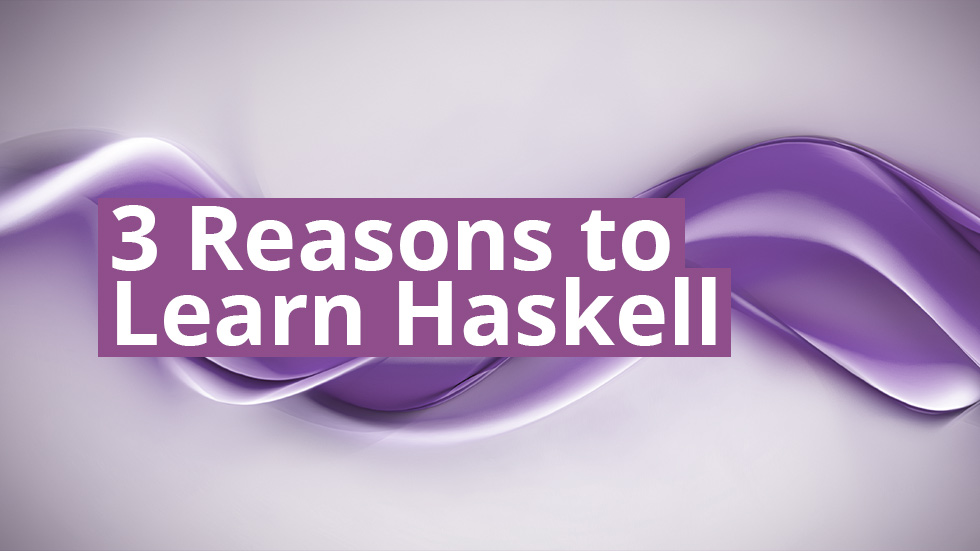 But with all the other languages out there, why should someone consider learning Haskell? Let’s briefly look at a few reasons.

Every function in this “purely functional” language is a function in the mathematical sense. And, rather than telling the computer what to do, you essentially explain what the function is and what it does. Haskell really enforces functional programming rules, which greatly reduces a program’s complexity while maximizing the language’s functional potential.

2. Learning Haskell teaches you to think with immutable data

Immutability refers to data or objects that can’t be modified after creation. Expressions in Haskell are immutable, which makes for effortless refactoring, helps avoid unintended side effects, and makes the code much easier to reason about.

Many people find it challenging to explain what monads are. That’s because the only way to really understand monads is to learn Haskell. OK, not really. But it certainly helps. In simple terms, monads are abstraction that allow structuring programs generically. It essentially provides a way to use imperative programming in functional programming. Monad is a type class in Haskell. So you can use it to define basic operations and functions for those instances. They allow you to structure a program by describing computations as sequences of steps, and they handle side effects too. Bottom line: Monads are handy little bundles of magic that can make your life easier and reduce boilerplate code. When you learn Haskell, you’ll also learn to appreciate the benefits of monads.

An Incentive to Learn Haskell Now 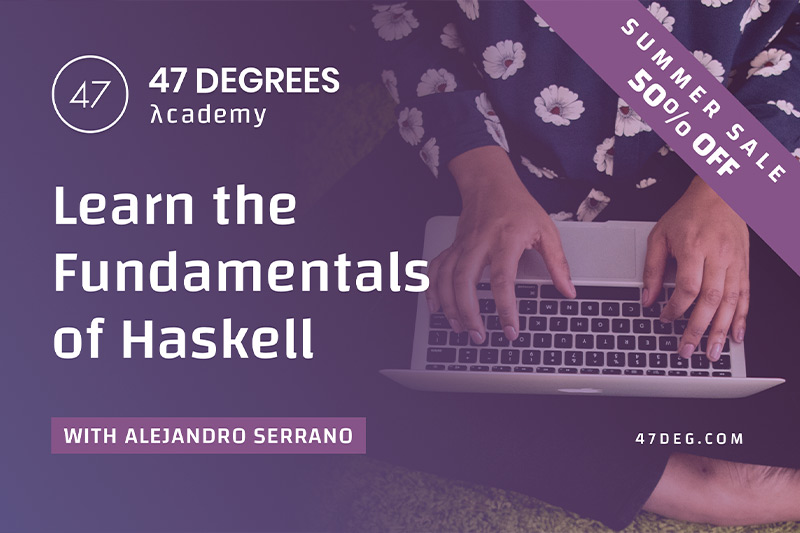 The 47 Degrees Academy offers Haskell courses. And, to make it easier to begin the Haskell journey, the Academy Summer Sale discounts the upcoming Haskell Fundamentals course by an incredible 50 percent! So if you’ve considered dipping your toes in the Haskell waters, this Summer Sale provides a pretty great incentive to do it now. This two-day course begins on July 5th, and space is limited. So, if you’re interested, take advantage of this massive discount and register today.