47 Degrees is proud to sponsor the Typelevel Sustainability Program

Typelevel has officially announced a new Sustainability Program in an effort to ensure the long-term development and maintenance of some Typelevel libraries, currently maintained by people on their free time.

The decision to launch the project came after reviewing the results of the Cats Ecosystem Community Survey 2018, which was released earlier this year. When asked how users would feel about the future of the ecosystem if there was financial backing to support paid maintainers, an overwhelming 69.9% responded that they would have more confidence in the stability, longevity, and productivity in new development. 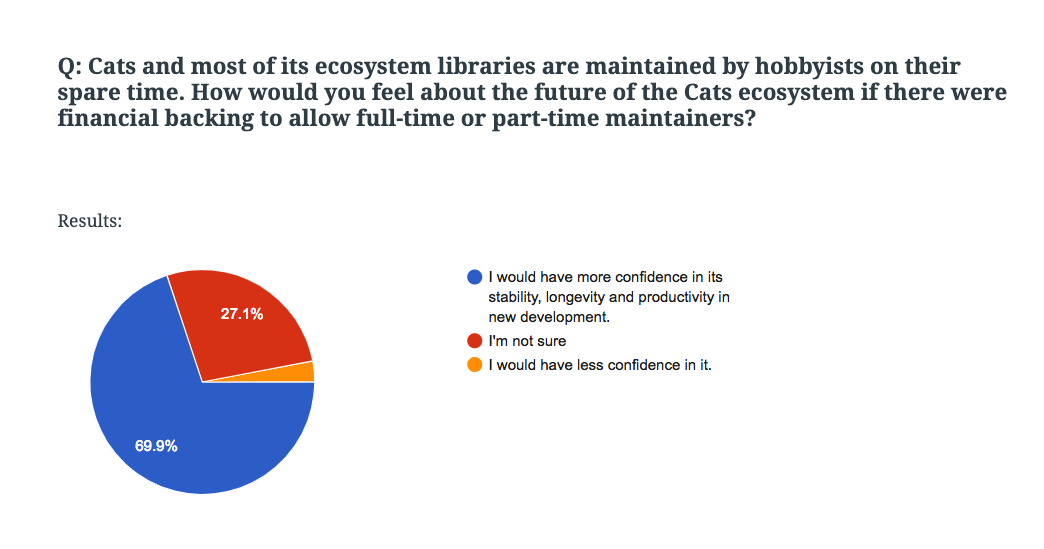 Unfortunately, when asked about corporate interest in contributing, 61.5% of those surveyed said their companies would not be interested in participating. Hopefully, with additional public interest in the project and its goals, those numbers will change.

So what exactly will this funding do?

An initial funding goal of $150,000.00 will, among other things, allow for a dedicated half-time maintainer (20 hours/week) for the year. The paid maintainers will also need to focus on supporting community contributors and community-driven development.

To begin, the funding will be mostly designated towards the following libraries:

This list will grow based on maintainer and sponsor interest in additional libraries under the Typelevel umbrella.

Shameless plug/fun fact: Cats and most of the external modules use sbt-microsites, a project from 47 Degrees, for their microsites.

Some of the primary initiatives for 2019, according to Typelevel are:

According to the 2018 Scala Survey, among those surveyed, Cats rated the 2nd most important library in the Scala ecosystem. This shouldn’t come as much of a surprise to anyone as the library sits with 3,146 stars and 794 forks on GitHub currently. Cats is also the basis for a myriad of additional libraries either inspired by or built off of Cats themselves. 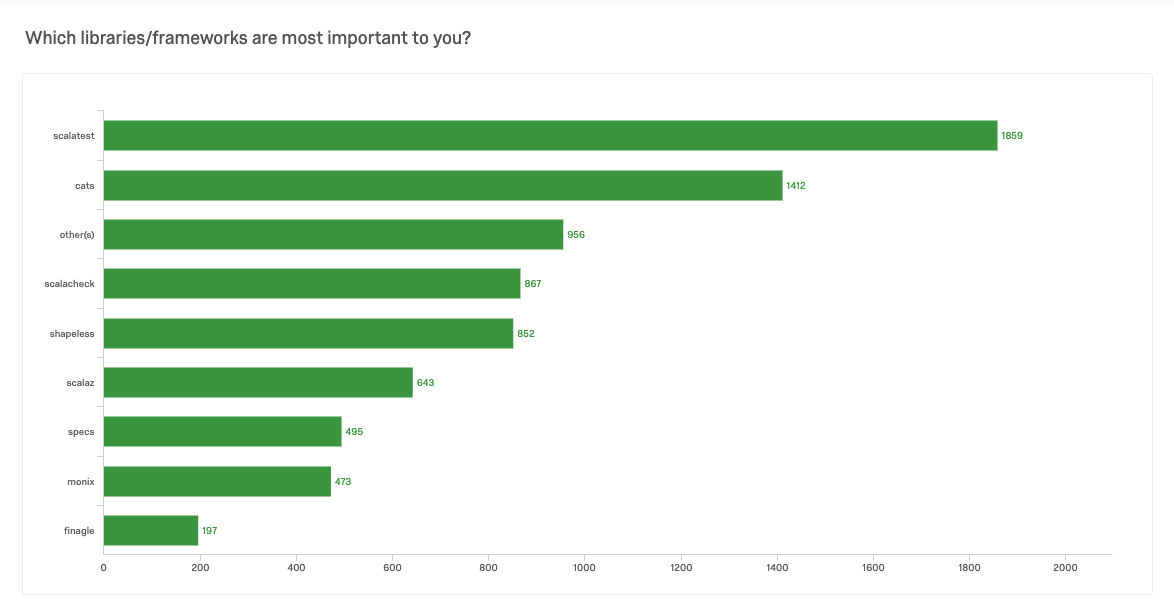 Within 47 Degrees ourselves, we use Cats, Shapeless, and other Typelevel libraries extensively both internally, and at an enterprise level with many of our current clients. In an effort to support the timely maintenance and advancement of libraries we’re using on a daily basis, we feel that it’s important to sponsor crucial programs within the Scala community.

Rafa Paradela, a Principal Engineer at 47 Degrees notes, “In most of our client projects, getting high performance on concurrent operations are part of the daily challenges, and having the right tools like the datatypes and the type classes provided by Cats to express how data composes is fundamental, as well as, handling effects in safe manners.”

Our goals within open source development continue to align with the “use, contribute, support model of development” and in this spirit, we’re happy to support the active development of Typelevel libraries with a monthly sponsorship.

47 Degrees CEO, Nick Elsberry continues, “Working within the Scala ecosystem, 47 Degrees gains immeasurable benefits from the collective work of the open source community and organizations like Typelevel. We are honored to be able to put some of that back into the efforts to move these projects forward.”

If you would like to be a part of this movement, to provide additional stability to libraries the community uses greatly on a daily basis, consider becoming a monthly or one-time sponsor of the program, every dollar helps. You can find out more and donate to the Typelevel Sustainability Program here or by contacting them at sponsor-contact@typelevel.org.

Are you interested in attending a public training course?