Join us February 8th, 2019 for S-REPLS 11 at Facebook’s London office! S-REPLS is a full day of informal talks and networking intersecting both academic and commercial perspectives in the semantics and implementation of programming languages.

He explains, “In recent years, patterns like Tagless Final have become popular in the typed FP community, in languages like Haskell, Scala, Kotlin, and even Java.

In this talk we will look at some of the Kotlin and Arrow features and how Kotlin, despite some of its type system limitations can bring FP to the masses by enabling direct style for effectful programming.”

The event is FREE but you must RSVP here!

Big thanks to Facebook for hosting the event and having us speak! 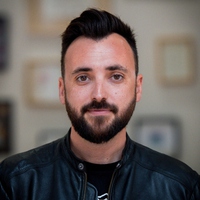