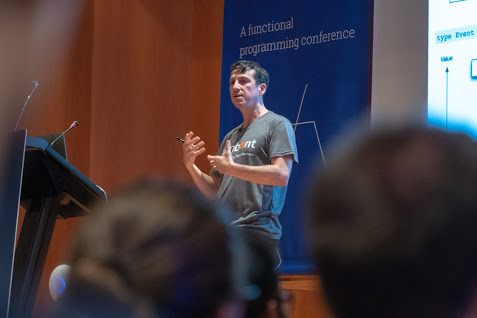 What Haskell taught us when we were not looking

Haskell, the pure and lazy functional programming language, has now been around for more than 25 years. It had a profound influence on many other programming languages on the JVM: Java, Clojure and Scala and elsewhere: Purescript, Swift, Go (just kidding, not Go :-)). In this talk you will discover which Haskell constructs have made it to mainstream programming languages and change the way you program today. You will also get a glimpse of the features which are yet to be transferred for our greatest benefit. Warning: after this talk you might be tempted to try the real thing!