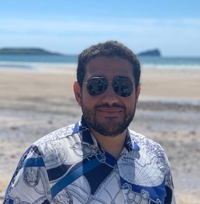 Mo is a Software Engineer, Consultant, and Trainer partnering with the 47 Degrees Academy. The first language he learned was Haskell during his first year at university, but then spent the rest of his university and early career unlearning it because it was not what industries were looking for at the time. Having started out as a C# and C++ developer, transitioning to Ruby, when he saw Scala, it reignited that initial spark he had for programming and brought back that initial joy and love. Having a blend for FP and OOP on the familiar JVM, it became his language of choice and he's stuck with it since 2015. His passion is to explain the complex in easy terms and to produce simple solutions to complex problems.

Upcoming academy events by this trainer

Ready to get started?